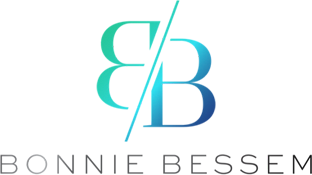 Creation on the canvas of LOVE 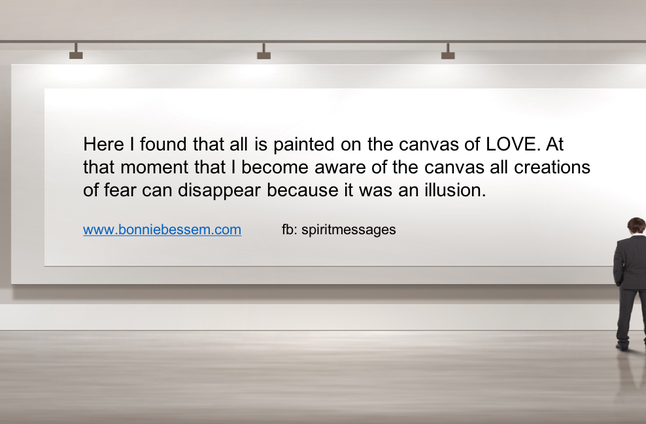 Hi dear Dad, and all of you from the Brotherhood of Light.

Last Sunday was again a beautiful session in which I felt all of your presence and I could transmit some of your messages.
One question, and your response to it, struck me, and raised a whole lot of other questions.
It was a question about fear and seeing evil spirits as a child and about cleansing houses and removing dark entities from people. And how this actually works, in the light of you saying fear and all attached images is but a mental thought construction.
It was beautiful to feel what you meant with the white canvas of love as the background where upon the creation and creations were depicted. Can you tell more about that ?

“Hi dear Bon, before getting into this subject I would like to point out the importance of you understanding that you see a canvas with paint on it. We here, see the canvas in various dimensions, with paint dancing on it.”

“In other words, it is not easy to understand the concept of creation with your human brain, because you always speak of opposites , but creation has no counterpart, just like LOVE doesn’t have this. In your creation you can create darkness and destruction but still this all remains creation. Just imagine now that the whole limitless universe is one space of light and love, one space of being, of NOW, of everything and limitless void.
As we often say: We are all ONE. Meaning that we are all connected to each other. This ONENESS, according to your thinking, you can subdivide in endless little parts of which we all consist. I say: According to your thinking, because this then “non connectedness” seems to exist but in reality doesn’t exist in the limitless field. All these separate parts, create, create and create. Consciously and unconsciously.
This causes the so called: opposites . The idea, on Earth is, that you can only know light if you know darkness. Seen from the bigger picture this is nonsense and nothing but an expectation that rules you all, and is therefore created. Take it from me that light is not just seen if you also know the dark. It is more the assumption of such an idea that we create an Earth full of contradictions. Even stronger: we create in this way a universe with good and bad forces.

Last time, Bon, I told you that while my body died, I survived. Does death then exists for me ? No, it was an illusion that I believed in, until I came here. In spite of the fact that  for years I didn’t believe in death, it seemed like I was dying, but it wasn’t so. I returned home, I recognized again, my soul, my essence.
Al right, this you can also apply to the concept of fear and all that, because of that, you all together as humans create it. Here I discover that all is painted on the canvas of love. In the moment I discover that canvas as background I can let go of all these fears, because they are merely illusions.”

I think I know what you mean Dad, I only don’t know if everyone understands.

“No Bon, but you know as well as I do, that you can’t make people understand things. Suddenly they will realize some things of the truth. And it is “recognizing” because truth is, what you already are. We “feel” through the illusion  that the mind created. Suddenly, the light of truth. A recognition.
This you can’t figure out with your thinking. Ha ha.”

Ok, a number of people now will think: But what about fear, and purifying houses of bad entities etc.

“This image has existed a long time on Earth and so it was brought into being. Remember the proverb: Look fear in the eyes and discover there is nothing there. This is literally so, Bon”.

Jee Dad, but is seems so real. Look at those with a FEAR disorder and look at all the people who help other people to remove bad entities, after which everyone feels better again, or all these theories about hell and awkward areas in the unseen world.

“Right Bon, all creations we make together. However, even here, a lot of us still remain stuck to this idea, they believe in it and so, make it seemingly a reality.
Like we often say: ” It is not first to see and then to believe but rather ,first believe and then you will see. The reality is, however, that all creations are depicted in the universe of LOVE. That is real and doesn’t have a counterpart. If you believe in a opposite then it is that, that you will see.
Ok, let’s get back to practicality, back to Earth and daily life. First, do you realize to what extent you and you all together are capable of creating ? Use this wisely.
Even if you don’t understand what I was saying before, you can understand that you can always better choose for love.
Secondly: Expect love, expect to see that. Expect that love creates and look around and  you  then.
Last time I asked you to expect to see feathers and butterflies and a lot of you did see them. The difference between an expectation of your personality and that of your soul is the difference between disappointment and bewilderment. Besides that, you know that love is no choice, but the WAY. This is what lives in the deepest longing of man, in the core of the soul.
I already told you, Bon, that we were going to make it a little bit more complicated for your human brain, but is is so simple. So simple, that your brain makes something complicated out of it. “

Ha ha, Dad, funny! Looking forward to the next complicated lesson! Do you also have something simple for us in store? It seems to be all about non-dualism!

“Sure Bon, death was opposed to living, but that was and is not true. I continue to live, so no duality. There is a space beyond creation and duality around you, and in you.”

Thank you. I notice I am judging and finding it difficult.

Ok, Dad, I will keep an open mind and hope to get prove of this. 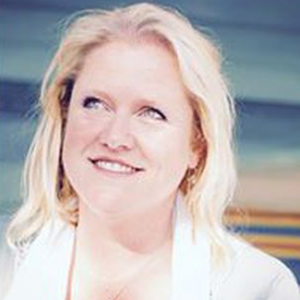 Bonnie is psychologist, spiritual medium, writer and lifecounselor. She writes to inspire, to make you think and support you on your way in life. In this Blog she is sharing the messages she receives from her father who went home at 28 July 2015. These are messages of hope & love. 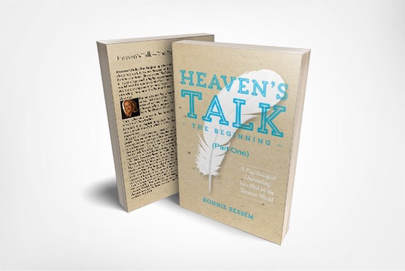 Bonnie’s English book is now available in the webshop!